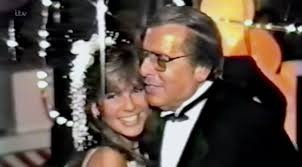 For Linda Scarpa, thoughts of her deceased father bring back good and bad memories alike, but on a scale most people could never understand. The loving dad that she had so much affection for was none other than Greg Scarpa aka “The Grim Reaper”. Her father’s life in the mafia would have a profound effect on Linda, and it would claim the life of her brother Joey.

“Little Linda” Schiro was born on June 21, 1969. Her younger brother Joey was born in 1971. Their parents were Linda Schiro and Greg Scarpa. Greg was a well known member of New York’s Colombo crime family and Linda was his longtime girlfriend. Greg was also married and had 4 other kids with his wife Connie. Little Linda would go on to be known as Linda Scarpa.

Schiro knew of Greg’s double life, his wife did not. Linda Schiro had always wanted Greg to leave his wife, and in 1973 Greg and Connie separated. Schiro was not only in love with Scarpa, she loved being the girlfriend of a high ranking mobster. Greg was a made man who earned lots of money and carried a serious reputation, she felt invincible with Greg.

Greg’s kids felt the same way. Their dad was a 200lb beast of a man who clearly had the respect of everyone. To his kids and Linda, Greg did show his loving and vulnerable side. On the streets, Greg was a force to be reckoned with. He was known as a stone cold killer and Carmine “The Snake” Persico’s top hitman.

The kids were not really sheltered from Greg’s lifestyle even from an early age. Linda and Joey looked at their father as something of an outlaw hero. Greg would hold court with fellow mobsters in the living room and speak openly about the darkest of family business. Linda recalls hearing conversations about her father and his friends shooting their rivals.

One memory that haunted Linda over the years was the time when her father found out she smoked pot. She knew her dad was a tough guy, but Greg’s response was worse than anything she could have expected. Scarpa and his crew gave a vicious beating to the teenage male friend that Linda had been with. This was the angriest she had ever been with her father.

Reality Of The Life

As Linda and Joey grew older, they learned more details about their father’s criminal exploits. On her 16th birthday, her parents threw Linda a big party. Most of Linda’s friends from school declined to attend and she figured out why. They were scared of her notorious father or told not to attend by their parents who knew about the reputation of Scarpa.

She would learn first hand just how far her dad would go.  After an incident where her adult driver who was supposed to take her to school instead attempted to sexually assault her, she told her parents. Greg and his crew tracked the driver down and pummeled him. When Linda said she was still scared the driver would come back for her, Greg killed the driver.

Linda knew her father was a real gangster, but was still shocked after her father revealed to her that the driver was dead. There were no illusions now about who her father was, and she was in no place to question it. Greg was so ruthless and violent even by mafia standards that he was known as “The Grim Reaper” among his peers in the mob.

She recalled certain friends of her father that just mysteriously disappeared. After the driver incident, she was able to figure out why all these people disappeared without needing to ask. Linda struggled with the violence committed by Greg, but still loved her father dearly and accepted him for what he was. She didn’t have a choice, Scarpa was a gangster to the core.

By the time Linda was 17, she would be out at the local nightclubs. She started enjoying some of the perks of having a powerful mobster for her father. She would get treated like royalty by everyone at the club, who knew well about her father. The folks at the club would protect Linda from any dangers, not wanting to deal with the wrath of Freg Scarpa.

Her brother Joey was now growing up and appeared to be taking a similar path to his father. Joey had instant credibility on the streets because of his father, and enjoyed having the status. The good times would not last long. Things were about to take a crazy turn in Greg’s life, and the repercussions would be felt by his entire family.

A World Of Violence

Greg Scarpa’s big problems started in 1986 when he had emergency surgery for a bleeding ulcer. Scarpa refused blood donations from the hospital and instead used donations from his crew members. One of the soldiers in Scarpa’s crew had contracted HIV through injecting steroids. Scarpa took the transfusion and was now HIV positive, basically a death sentence at the time.

A few years would go by before Scarpa’s health collapsed. In 1990, Linda was married, she’d go on to have two sons and twin daughters in the future. The next few years would be chaos after Carmine Persico and Vic Orena went to war over control of the Colombo Family. Greg was the muscle for Persico and he was ready to take out the Orena faction by any means necessary.

Greg Scarpa was a fairly old man by this point, in his early 60s, but he still loved the mafia lifestyle. He let his position be known that bodies would start dropping if Orena didn’t back down. Orena responded by going after the most dangerous guy on Persico’s side first, Scarpa. He felt that he could win the war fast by taking out Scarpa.

On the afternoon of November 18, 1991, Linda and her father left the house together. Linda and her 8 month old son got in her car while Scarpa took off with his crew. As their cars took off, a van appeared right behind Linda, whose car was right behind Greg’s. Suddenly, a group of masked men in dark clothes rushed out of the van and began blasting away at Scarpa’s car.

Linda found herself and infant son in the middle of the crossfire. Her father’s side was also firing back. The young 22 year old mother ducked in terror as some of the bullets actually went into her car. She saw her dad drop after the first shots rang out. Greg’s car was able to get away after the shootout. One of Orena’s shooters walked right up to Linda’s car before leaving the scene.

Linda rushed home and told her mother she thought Greg was dead. Not long after, Greg himself walked through the door. He was crying and happy to see his daughter and grandson at first. His demeanor quickly changed to rage and he vowed revenge, declaring “they’re all f–king dead!” Scarpa vowed to kill the entire Orena side

Within a few weeks of the attempted hit, Scarpa and crew killed at least 3 Orena supporters. He was going out each night in different cars hunting. Scarpa was now showing the effects of having AIDS but that didn’t slow him down. If anything, a lot of people theorized that his terminal disease and the attempted hit gave him a free license to kill as many people as he wanted.

His mind was deteriorating. He would come home and brag about shootings he just committed in front of the whole family. In 1992, Scarpa won a $300,000 lawsuit against the hospital that gave him the HIV infected blood. He made a bold move in November 1992 by doing an interview on CBS. He vowed to not back down from AIDS or his opponents.

He was indicted on racketeering charges involving three murders. Despite the serious charges, Greg was put on house arrest due to his illness. On December 29, 1992, the deteriorating Scarpa exploded when he found out someone pulled a gun on his son Joey. He made Joey and his friend get in the car and take him to the offender.

When they got there, Scarpa jumped out of the car and started shooting. The thugs shot back, Scarpa and Joey’s friend were both hit. Linda was home a few minutes later when her father returned with a bullet hole in his eye. He would survive the shooting but Joey’s friend died that night. Greg would be sent back to prison. He died in a prison hospital on June 4, 1994.

Linda and her mom barely had time to grieve the loss of Greg Scarpa when tragedy struck again. Joey Scarpa was shot and killed on  March 20, 1995. The death of his father made Joey a marked man. Linda was so distraught over her brother’s death that she couldn’t attend his funeral. She went later to her brother’s grave alone.

Carrying On With A Purpose

In the years since Greg and Joey’s deaths, Linda has done a great job of picking up the pieces. She’s gone public with her story many times over the last decade. First she appeared on Investigation Discovery’s I Married A Mobster in 2011. To promote the show, she made an appearance on the Joy Behar Show on HLN.

While Joy Behar did very little research before interviewing her, Linda Scarpa came off very well. She was candid in her answers. When talking about the loss of her brother Joey she said “I didn’t feel that I had the right to grieve or cry to anyone. Because I felt that so many people died at the hands of my father. Who am I to cry or speak out to anybody about my pain.”

In 2015, Linda Scarpa released a book, The Mafia Hitman’s Daughter. She made an appearance on True Crime Daily to talk about the book which drew lots of interest. Hers was a tragic but fascinating story. She spoke about how dangerous and unpredictable her father was in the last years of his life. And describes the frightening shootout she survived.

Linda does not hide the fact that she loves and greatly misses her father. Despite that, she will always carry the immense burden of his crimes and all the people he killed. When watching her talk about her father, it’s clear to see that speaking out has become a therapy for her to deal with the pain of her past.

She burst into tears while watching a home video of her 16th birthday party during an appearance on Mafia Women with Trevor McDonald in 2017. It’s clear that over two decades since losing her father and brother, she is still hurting greatly from the loss. Linda’s vulnerable public appearances should be inspirational to many as someone who has let the world know what it’s really like to be a mafia princess.

Read more about The Grim Reaper here at Mafia Hitters:

The Life & Crimes Of Greg “The Grim Reaper” Scarpa